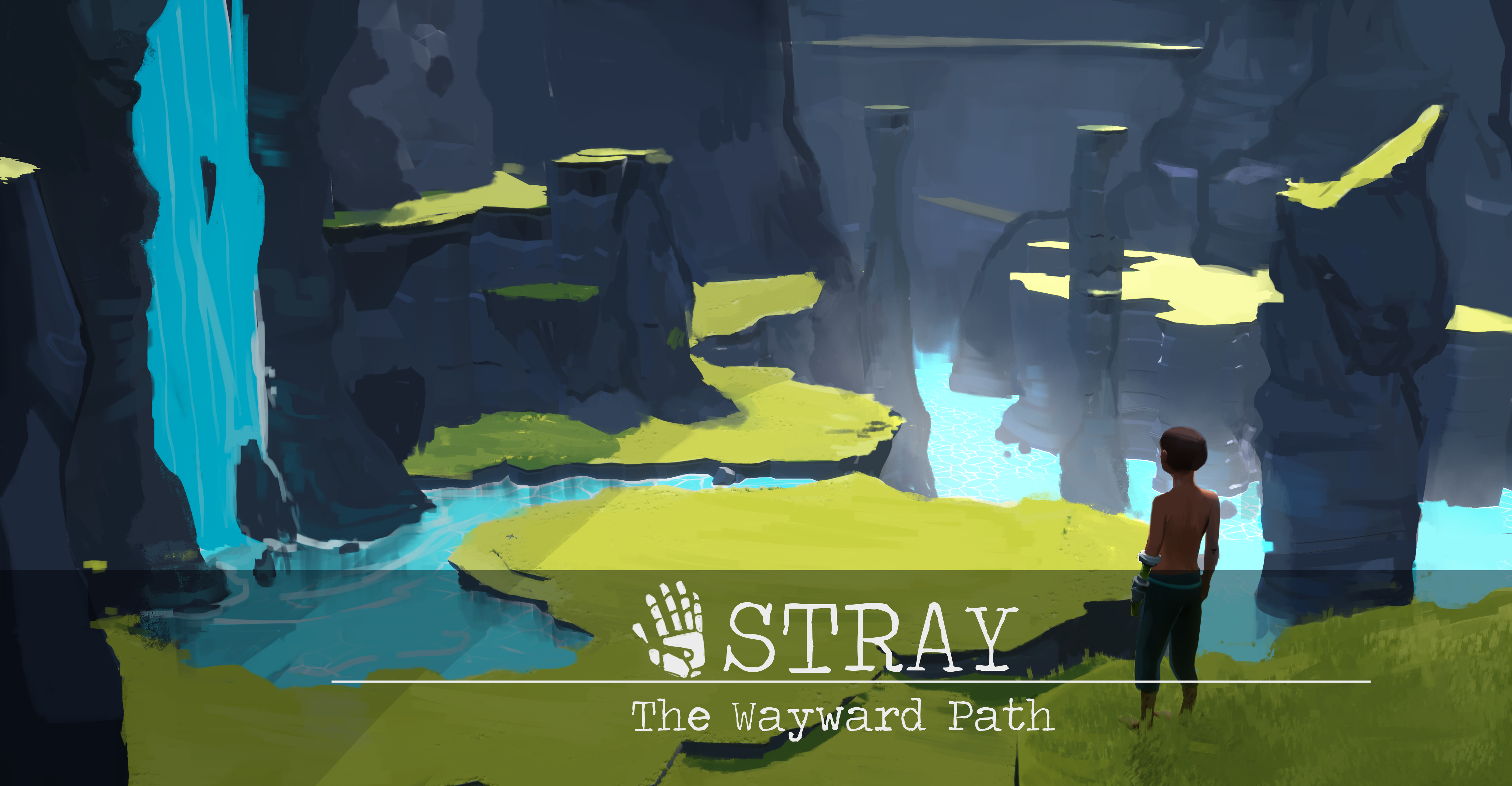 Can you heal the corrupted land, defeat dangerous creatures, and uncover the mystery behind your caretaker’s disappearance? Your mechanical arm is the key. Scale perilous cliffs, swing through the sky, fight through hordes of corrupted enemies, and uncover new power-ups along the way.

Stray: The Wayward Path is a third-person action adventure game where you play as Aapo, a boy who wields a powerful mechanical arm. Years ago, tainted by your people's misuse of its magic, the revered volcano, Chi'Lito, erupted. The eruption blanketed the land in corruption, turning its wildlife hostile.

In the devastating aftermath, your people scattered and you were abandoned. But the shaman, Kunara, took you in and raised you as her own. Together, you have learned to survive in the war-torn world. However, one day, you awake to find Kunara missing. Why? Follow the tracks left behind by Kunara. Overcome dangerous foes to become more powerful. Discover the history of your lost people, and uncover your role in an unfolding prophecy. Can you save your people?

Responsible for the birth of our boy.

Chief of the Briea-people, and creator of slugs.

Currently addressing the balloon elephant in the room.

Drick Klagnus is a technical designer well known for his work as one of the top chefs at JorgerBurger®.

Memes are life and life is good.

If it’s not inspired by Tekken or MGS2, something’s wrong.

Favorite flavor of yogurt is gas.

Proficient at cutting rubies on a train.

Working with necromancers has given him a new perspective on life.

Mostly here to carry Gabe out of bronze Joust.

uwu; where are the Gates?

Here to help set our game apart from the visual novels on Itch.io.